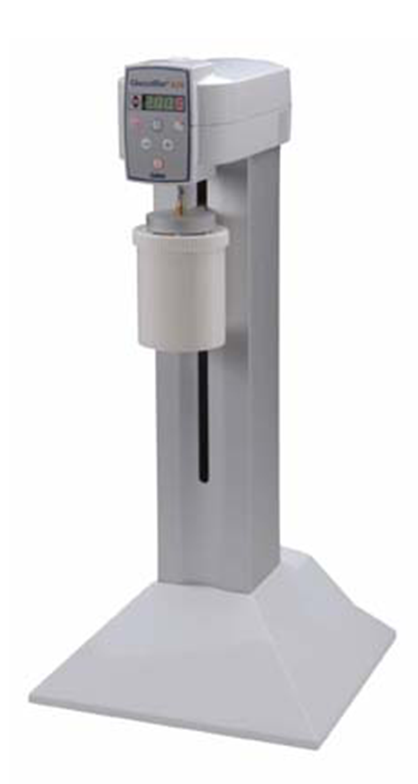 The Unguator e/s allows the operator to program mixing requirements (time and mixing speed) into a display and operate the machine “hands free”, which also increases product quality of the finished preparation.

After the mixing process is finished, the machine automatically introduces a free-spin mode (FSL) for cleaning the standard mixing blade from excess material.

The engine of the Unguator e/s requires a cooling period after each preparation.